Tabelecleucel, tab‐cel® is an off-the-shelf, allogeneic T-cell immunotherapy in Phase 3 studies for patients with EBV+ PTLD (Epstein-Barr virus associated post-transplant lymphoproliferative disease). Additional studies are focusing on EBV-associated hematologic and solid tumors, including nasopharyngeal carcinoma (NPC) and chronic active EBV. PTLD is a type of cancer or lymphoma that may occur after bone marrow or organ transplant.

Tab-cel® is in Phase 3 clinical development for the treatment of EBV+ PTLD following an allogeneic hematopoietic cell transplant or solid organ transplant (ALLELE study), and Atara recently initiated a Phase 1/2 study in NPC. Tab-cel® is also available to eligible patients with Epstein-Barr virus-associated diseases and malignancies for whom there are no other appropriate therapeutic options through an expanded access program.

If you are interested in learning more about our ongoing clinical studies, please contact us at ClinicalStudies@atarabio.com.

Post-transplant lymphoproliferative disease (PTLD) is a type of cancer or lymphoma that may occur after bone marrow or organ transplant.

A patient who receives a transplant must take medications to suppress their immune system (immunosuppression) so that their body will not reject the new bone marrow or organ. When the immune system is suppressed, it is easier to become sick. Sometimes when a transplant patient is infected with Epstein-Barr virus (EBV), the virus may cause a serious cancer of the blood known as PTLD.

EBV is a common virus that infects over 90% of people in the world. For most healthy individuals, it causes common cold like symptoms and then stays in the body but is usually controlled by the immune system, so there are no further symptoms after the initial infection. If a person has a suppressed immune system, the EBV can become reactivated and cause an uncontrolled growth of cells in the patient’s lymph nodes and other organs. When abnormal cells multiply out of control, it may result in cancer.

PTLD is a common cancer of the blood after transplant but is still considered a rare disease that only occurs in a small percentage of transplant patients. Rates of PTLD cancer are higher for people who have bone marrow and organ transplants that require higher levels of immunosuppression.

EBV at a Glance

Of adults carry EBV by age 40

Implicated in a wide range of cancers and autoimmune diseases

There is a high unmet medical need for additional effective immunotherapies. We believe our novel treatments currently in clinical development have the potential to change the way we approach certain life-threatening diseases.
View Clinical Studies 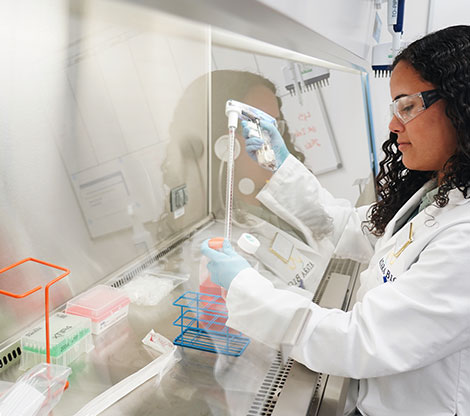 At Atara, we recognize that some patients with serious, life-threatening diseases may not have access to some clinical studies or satisfactory treatment alternatives. That is why we are committed to making every effort to support patients in need of treatment options.

We have designed our clinical studies to evaluate the potential of our investigational treatments in a well-defined cohort of patients with eligibility criteria that allow for appropriate assessment of safety and clinical effect. If you are interested in learning more about our ongoing clinical studies, please contact us at ClinicalStudies@atarabio.com.

Any cookies that may not be particularly necessary for the website to function and is used specifically to collect user personal data via analytics, ads, other embedded contents are termed as non-necessary cookies. It is mandatory to procure user consent prior to running these cookies on your website.